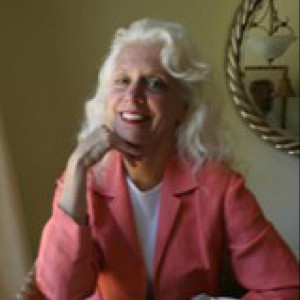 Via Monster: The best fonts for your resume ranked

We love this great info from Monster’s Career Advice section.

Would you ever sign a lease that was handwritten in crayon? How about a contract that was put together ransom-note style? Unless you enjoy playing with fire, we’re going to guess your answers are “no” and “no.” In fact, we’ll bet you wouldn’t even bother to read them. That’s why it’s important to determine the best font for resume readability. This goes for resume font size too.

Think about it. When it comes to official paperwork, appearance—specifically, the font—can go a long way in projecting significance. Had crayons been invented in 1776, do you think Thomas Jefferson would’ve considered using them to write the Declaration of Independence? Probably not. Among the many likely reasons he used a quill and ink, Jefferson (probably) knew that when people evaluate a document’s authority, they look at the design as well as the content itself.

Your resume, which communicates your skills, assets, and hire-ability, also needs to project professionalism. Recruiters take six seconds to decide whether or not to toss your resume, so the right resume font and resume font size make a big difference. If a recruiter can’t read your words, or is put off by a funky font, you won’t even get a second look.

So what’s a surefire way you can hold a recruiter’s attention for those six precious and precarious seconds?

“The most important thing is that your font is scannable and easy to read,” says Amanda Augustine, career advice expert for TopResume.

As such, your best bet is sticking with one of two types of resume fonts that are extremely legible: serif or sans serif. A serif font has small lines that stick out slightly at the edges of letters; a sans serif font does not.

If you want to be extra cautious, Augustine recommends choosing sans serif. “Because so many recruiters are reading resumes on-the-go,” she says, “you’d also be smart to chose a font that’s easy to read on a mobile device, which means a sans serif font like Arial, Tahoma, or Calibri.”

However, with so much being made of “personal brand,” it’s natural to want to stand out or make a statement. Augustine says you can still have some style, as long as you stay with one of these 10 resume-friendly fonts, ranked in order of preference.

Soft, gentle and modern, this is the default font of many email programs, so it’s familiar to the eye—and it’s a safe sans serif font.

“For legal, operations and corporate jobs, this formal serif font is still readable electronically and goes with the brick-and-mortar feel of those industries,” says Augustine.

This classic sans serif font “is a great choice for creative people or those in a marketing field,” according to Augustine.

Like Arial, this is another clean and modern font that’s even easier to read because of the slightly wider spacing.

This is another default-type font that recruiters are familiar with, so you can’t go too wrong with it. It’s not as formal as Times New Roman, but it’s just as dependable.

More graceful than some of its sans serif friends, Garamond might suit artistic types more than bankers or executives.

As its name suggests, Book Antiqua would work well for professions in the arts or humanities.

Friendly and round, this is probably a good choice for creative or marketing fields.

If you’re tight on space, this sans serif is modern and still legible even in its narrow form.

This has style and panache, yet it is still readable. It’s probably the most artistic font that’s still professional enough to use on your resume.

Get a style check

Picking a smart resume font and resume font size are just the first steps. There’s plenty else to consider when writing your resume—after all, it’s the first point of contact between you and a potential employer, and you know what they say about first impressions. Want to make sure your resume looks as good as possible? Get a free resume evaluation today from the experts at Monster’s Resume Writing Service. You’ll get detailed feedback in two business days, including a review of your resume’s appearance and content, and a prediction of a recruiter’s first impression. And yes, that includes your font choice.

The Cognitive Aspects of Gamified Learning

Qetsia Nkulu was an intern that we had the pleasure of working with during Fall Quarter 2021. Check out this paper she wrote about her time at Change Lab and the significance of gamified learning in today’s day and age!

The Beginning of Change Lab

Here is a fun video about our beginnings. Enjoy!

See you in the inbox.  Stay tuned for more news from ChangeLab.